There has been a lot of talk lately about Taiwanese Water Ionizers being inferior to those from Japan and Korea.  Nothing could be further from the truth.  I sold Jupiter Water Ionizer for 8 years until they became too expensive and their technology did not improve.  I looked to Taiwan for a manufacturer who was invovative and for someone who truly understood the principles of ionization.  I found Wen-Hsin Hsu, president and founder of Yi Shan Electric Industry Co, Ltd., who was born in 1955, so he’s only a couple years older than I am.  We immediately became friends and I gave him his English name, Raymond. 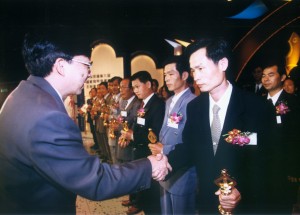 He grew up in a middle-class family in Nan- Tou County, Taiwan, renowned for its peaceful beauty.  Chiang Kai-shek, Taiwan’s great general founder, ruled Taiwan during relatively peaceful times before his son, Chiang Ching-kuo, took Taiwan into the modern age during the 1980’s.

Wen-Hsin’s father was a mechanical engineer, which influenced his interest in science and engineering.  In 1979, Wen-Hsin graduated in Electrical Engineering with top honors from Taiwan University (Taipei), regarded as the finest technical university in Taiwan with a renown international reputation. Wen-Hsin started his career modestly, taking a job as an electronic repair technician.  While he had much greater aspirations, his apprenticeship as a technician sparked a lifelong passion for electronics. 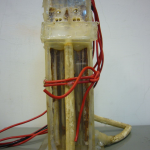 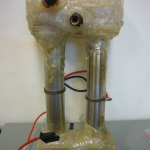 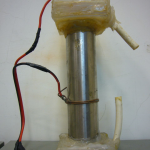 Long hours and little sleep began to take its toll and cost Wen-Hsin his health.  He was constantly tired and in poor health.  However, he was determined to make himself healthy.  He studied Traditional Chinese Medicine with the goal of becoming a doctor, but failed the final examination by only two points.  It was a tremendous disappointment to Wen-Hsin although it was a remarkable educational opportunity for him.  Undeterred by this setback, he pushed forward with complete resolution to become healthy and spread his knowledge about health to others.

As the door to his medical career closed, another immediately opened, one that would change his life and set his destiny in stone. Wen-Hsin read an obscure scientific article translated from Japanese about something called ionized water.  The year was 1987.  The world had barely heard about ionized water, which the Russians had been quietly researching for the last 80 years. Wen-Hsin bought two water ionizers from the world’s only manufacturer at the time so he could determine how they worked.  He found the technology of the time was sufficient to produce ionized water although he knew it could be improved on. 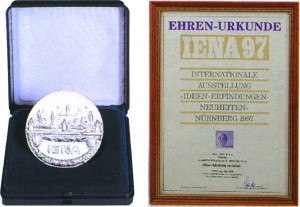 He immediately began to design a new electrolysis chamber which included a magnetic coil, which turned out to be the first truly revolutionary innovation in the water ionizer industry.  In 1988, Wen-Hsin patented the first Magnetizing Electrolysis Device that would soon become the industry standard throughout the 1990’s.In 1990, he started Yi Shan Electric Industry Co., Ltd. in Taipei.  It was Taiwan’s first water ionizer manufacturer.  Over the next six years, the small company started by a man with little more than a dream and determination to succeed became one of the world’s most well known and innovative water ionizer manufacturers in the world.

In 1997, Wen-Hsin received the Nuremberg Invention Award for his pioneering work in the water ionizer industry.  This prestigious award is the most coveted amongst inventors worldwide and has only been granted to one company in the field of ionization, Yi Shan.

Wen-Hsin’s fame and reputation grew exponentially in the coming years.  He drew the attention of some ofTaiwan’s powerful and influential men and woman, including Jau-Shiuan Liou,Taiwan’s Premiere. He has been invited to speaking at ionization conferences around the world, including China, Taiwan, Malaysia, India, Germany, France, Russia and The United States. 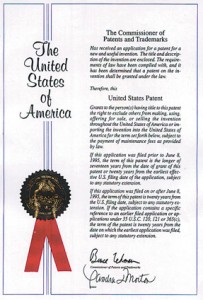 In 2007, Professor Feng-Jou Liu Chairman of the Institute of Biochemical Sciences,Taiwan University, endorsed Yi Shan water ionizer models.  He praised both their design and functionality.  Yi Shan has received patents in the United States, Germany, Japan and China. Professor Liu is regarded as Taiwan’s foremost expert on ionization and its related technologies.  He is one of the true pioneers of water ionization.

Today, Yi Shan continues to create new innovations in ionization technology and is regarded as an undisputed industry leader with numerous patents in four countries. 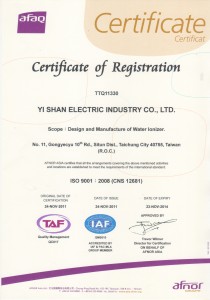 Bob McCauley, ND (Robert F., Jr.) was raised in Lansing, Michigan and attended Michigan State University (BA, 1980 in Journalism). He is a naturopathic doctor, Master Herbalist and a Certified Nutritional Consultant. He has traveled extensively, both domestically and abroad, visiting over 32 countries. He published Confessions of a Body Builder: Rejuvenating the Body with Spirulina, Chlorella, Raw Foods and Ionized Water (2000), Achieving Great Health (2005), The Miraculous Properties of Ionized Water, (2006) which is the only book on the market that exclusively addresses Ionized Water, Twelve (Fiction, 2007) and Honoring the Temple of God (2008). He considers himself a Naturalist, meaning he pursues health in the most natural way possible. He studies and promotes nature as the only way to true health. From 2002-2004 he hosted the radio program Achieving Great Health, which was heard by thousands of people each day. His guests included some of the most well-known and respected names in the natural health world. With the help of his father, Dr. Robert F. McCauley, Sr. (Doctorate in Environmental Engineering, MIT, 1953) they started Spartan Water Company in 1992, which sold vended water machines in supermarkets. Robert Jr. founded Spartan Enterprises, Inc. in 1993. He is a Certified Water Technician with the State of Michigan. He is also a Type II Public Water Supply Specialist and has the certifications of S-5 and D-5. The McCauley family has a long history in the water industry. Bob's father pioneered environmental issues regarding ground water and drinking water quality. He received his Ph.D. from the Massachusetts Institute of Technology (MIT) in 1953 for his thesis on removing radioactive strontium from water. He earned his doctorate in Environmental Engineering in less than 2 years, one of the shortest doctoral studies in the history of MIT. He taught civil, sanitary and environmental engineering at Michigan State University for 18 years before retiring to run Wolverine Engineers & Surveyors of Mason, Michigan, for 17 years. His reputation throughout Michigan as a water quality expert was legendary. Bob worked for his father's company for 12 years learning the water business, which dealt primarily with municipalities, including water quality and sanitary sewer issues. After apprenticing with his father, Bob moved on to the bottled water business. He established greater Michigan's biggest selling bottled water: Michigan Mineral – Premium Natural Water. He was introduced to Ionized Water in 1995 and has done more to promote Ionized Water than anyone else in the industry. Bob often lectures and offers seminars on his Seven Component Natural Health Protocol . Bob is a Certified Nutritional Consultant and a Certified Master Herbalist. He is also a 3rd Degree Black Belt and Certified Instructor of Songahm Taekwondo (American Taekwondo Association).
View all posts by Bob McCauley →
This entry was posted in General and tagged alkaline ionized water, alkaline water, ionized water, taiwan water ionizers, water ionizer manufacturer, yi shan. Bookmark the permalink.