You can go three weeks without food, three days without water, but only 3 minutes without air.  Therefore the air we put into our bodies through our lungs is extremely important to our health.  The Home Pure Air Purifier offers 5 methods of air filtration and purification.

Home Pure: Reproducing the Outdoors Inside Your Home or Office Compact and Portable Size Up to five stages of air filtration Low electrical use. Low maintenance Quiet Operation. 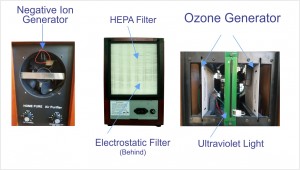 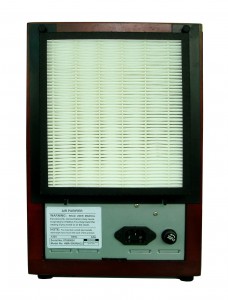 Ozone: Ozone is formed naturally in the atmosphere, as a colorless gas having a very pungent odor.Ozone kills microbes up to 5,000 times faster than weaker oxidizers like chlorine. Unlike chlorine, ozone oxidation leaves no harmful or foul byproducts and residue only oxygen. Further, microorganisms can’t build up a tolerance to ozone as they can to less reactive chemicals like chlorine. It has a redox potential of 2.07. When the extra oxygen atom splits off from the ozone molecule, two things happen: disinfection and oxidation. This happens as these atoms quickly destroy the bacteria, mold, mildew and odor as soon as they come into contact. The end result is clean breathable oxygen. Ozone destroys harmful fumes, chemical gases, odors, or any other scented air pollutants.

Negative Ions: A predominantly positive ion (cation) environment can be quite damaging to our health. A positive ion buildup frequently occurs in cold climates, especially in buildings with poor ventilation where pollutants can accumulate, which can lead to Sick Building Syndrome . In general, polluted environments are rich in positive ions. Positive ions are also produced by combustion, electronic equipment, synthetic materials such as clothing and plastics, and by the wind traveling over dry, barren land, as has been witnessed for thousands of years. While positive ions acidify the body, negative ions have the opposite effect of alkalizing it.

Negative ions are typically found in high concentrations near waterfalls, in pine forests, after electrical storms and by the seashore where they are produced by waves crashing onto the shore. The average household shower produces a substantial amount of negative ions , which is one of the reasons why people often feel better after showering. Negative ions (anion) have been called bio-energy because of the healthy environment they create for all living creatures. The human body functions more efficiently and is much healthier in a negative ion environment. Negative ions weigh much less than the positive ions that compose cooked foods, which is why cooked foods feel heavier in your stomach when you eat them. They are harder to digest because they lack the electrons that make food readily absorbable by the body. When we eat cooked foods, we are consuming hydrogen ions, which are positively charged and cause oxidation in the body, accelerated aging and disease of every kind.

HEPA Filtration: (High Efficiency Particulate Air) HEPA filters can remove at least 99.97% of airborne particles 0.3  micrometres (µm) in diameter. Particles of this size are the most difficult to filter and are thus considered the most penetrating particle size (MPPS). Particles that are larger or smaller are filtered with even higher efficiency. Our HEPA filters are composed of a mat of randomly arranged fibers. Key metrics affecting function are fiber density and diameter, and filter thickness. The air space between HEPA filter fibers is much greater than 0.3 m.

The HEPA filter should be replaced approximately every 6 – 9 months – Click here for the replacement. 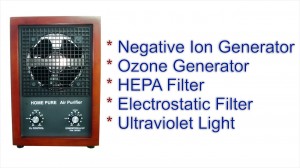