Dr. Weil does not support moving to a Raw Food Diet, the only diet that is actually healthy for us. As I often state, all disease comes from our diet and is not genetically inherited.

In his article, the reason Dr. Weil does not approve of the raw food diet:

“ I’m not a proponent of the raw foods diet. First of all, when you eat everything raw, you lose much of the best flavor, texture and appearance of food. ”

My question to Dr. Weil is: Are we talking about the health or the flavor and appearance of the foods we eat? If it is only the flavor of our foods we are interested in, regardless of whether they are consumed raw or not, then we cannot expect to be healthy when we eat the foods that we cook. In my opinion, foods should be consumed with regard to whether they are healthy, not whether they taste good and look appetizing, although raw foods can be prepared to make them both taste good and look appetizing. The only reason we eat cooked foods is for taste and because we are conditioned to believe they are healthy for us. We are addicted to cooked foods. It is the greatest addiction of human history. As it is with most doctors, Dr. Weil understands everything about medicine and very little about true health. It is true that cooked foods are tasty, although I would argue that you “ lose much of the best flavor” of raw foods when you cook them. In fact, just the opposite is true. Cooking a food robs it of much of its true, robust flavor.

Cooking any food transforms it from an alkaline to an acid substance. Lycopene, an anti- 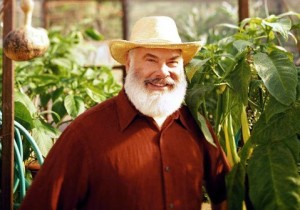 cancer agent found in tomatoes, is a perfect example of this. Lycopene is found in greater concentration after heating tomatoes above 120°F. But the overall detriment to the tomato is not worth the extra lycopene the body may absorb from it. Also, the smaller amount of lycopene will be absorbed more efficiently by the body from a raw tomato than the larger amount of lycopene found in the cooked tomato. This is essentially true of any food once it has been cooked.

This is a misleading statement because Canavanine is found in miniscule amounts. Canavanine is a non-protein amino acid that’s toxic in high amounts. In the dry seed it serves as a storage protein, a growth inhibitor, and a defense against natural predators. It is also known as an enzyme inhibitor, meaning that once you sprout a seed such as alfalfa it quickly dissipates to insignificant levels. A 150 pound person would need to consume 14 grams (14,000 milligrams) of Canavanine all at once for it be dangerous to their health. There are insignificant amounts of toxins in nearly all foods if one looks close enough, but they are harmless to us, especially if we live on a raw food diet. Copper, zinc, selenium, vitamin A and iron are all potentially toxic if we consume too much of them, but that is essentially impossible when we receive these nutrients from raw foods. It is when we consume them in bulk in vitamins after they have been extracted that they become dangerous. Spirulina, for instance, has large amounts of iron, however, since we consume it unprocessed and it is contained within a natural whole food it will not build up in the body and become toxic.

Dr Weil continues: “ celery produces psoralens, compounds that sensitize the skin to the harmful effects of ultraviolet radiation in sunlight. All of these are broken down by simple cooking. Although our bodies have natural defenses against these toxins, a raw food diet can add to the toxic load we’re already dealing with. ”

We develop unnatural sensitivities when we live on a cooked food diet, as the vast majority of us do. Psoralens, or oxalic acid found in beet greens and other foods, become a problem for us only when we create unnatural imbalances by living on a cooked food diet. Quite the opposite as suggested by Dr. Weil, raw foods do not add to the toxic load when we live primarily on a raw food diet. However, in the cooked world anything is possible because of the myriad number of imbalances we create through the wrong diet of cooked foods.

Dr. Weil sites a study, published in the March 28, 2005 issue of the Archives of Internal Medicine , which states that calcium and Vitamin D were both low in those living on the Raw Food Diet. These kinds of deficiencies could very well happen to someone who is on the Raw Food Diet if they do not follow The Watershed Wellness Health Protocol of Spirulina, Chlorella , Raw Foods and Ionized Water. Those who simply stop eating cooked foods and go on a vegan raw food diet will be healthy, although they can become deficient in many areas of their health if they do not use Spirulina and Chlorella for their protein, drink ionized water and have a broad array of raw foods in their diet. I eat between 150 – 225 different foods every year. Health is about variety and consuming only raw foods. Dr. Weil could not be more wrong in his assessment of the Raw Food Diet.

Bob McCauley, ND (Robert F., Jr.) was raised in Lansing, Michigan and attended Michigan State University (BA, 1980 in Journalism). He is a naturopathic doctor, Master Herbalist and a Certified Nutritional Consultant. He has traveled extensively, both domestically and abroad, visiting over 32 countries. He published Confessions of a Body Builder: Rejuvenating the Body with Spirulina, Chlorella, Raw Foods and Ionized Water (2000), Achieving Great Health (2005), The Miraculous Properties of Ionized Water, (2006) which is the only book on the market that exclusively addresses Ionized Water, Twelve (Fiction, 2007) and Honoring the Temple of God (2008). He considers himself a Naturalist, meaning he pursues health in the most natural way possible. He studies and promotes nature as the only way to true health. From 2002-2004 he hosted the radio program Achieving Great Health, which was heard by thousands of people each day. His guests included some of the most well-known and respected names in the natural health world. With the help of his father, Dr. Robert F. McCauley, Sr. (Doctorate in Environmental Engineering, MIT, 1953) they started Spartan Water Company in 1992, which sold vended water machines in supermarkets. Robert Jr. founded Spartan Enterprises, Inc. in 1993. He is a Certified Water Technician with the State of Michigan. He is also a Type II Public Water Supply Specialist and has the certifications of S-5 and D-5. The McCauley family has a long history in the water industry. Bob's father pioneered environmental issues regarding ground water and drinking water quality. He received his Ph.D. from the Massachusetts Institute of Technology (MIT) in 1953 for his thesis on removing radioactive strontium from water. He earned his doctorate in Environmental Engineering in less than 2 years, one of the shortest doctoral studies in the history of MIT. He taught civil, sanitary and environmental engineering at Michigan State University for 18 years before retiring to run Wolverine Engineers & Surveyors of Mason, Michigan, for 17 years. His reputation throughout Michigan as a water quality expert was legendary. Bob worked for his father's company for 12 years learning the water business, which dealt primarily with municipalities, including water quality and sanitary sewer issues. After apprenticing with his father, Bob moved on to the bottled water business. He established greater Michigan's biggest selling bottled water: Michigan Mineral – Premium Natural Water. He was introduced to Ionized Water in 1995 and has done more to promote Ionized Water than anyone else in the industry. Bob often lectures and offers seminars on his Seven Component Natural Health Protocol . Bob is a Certified Nutritional Consultant and a Certified Master Herbalist. He is also a 3rd Degree Black Belt and Certified Instructor of Songahm Taekwondo (American Taekwondo Association).
View all posts by Bob McCauley →
This entry was posted in General and tagged andrew weil, dr weil md. Bookmark the permalink.