Biggest Scam that no one is talking about.  People in CA know about it but it effects every 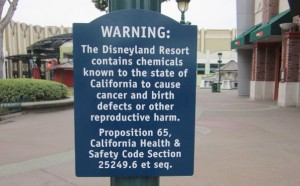 company is the country that sells food supplements in CA.  It’s even on clothing!  What is CA and the legislature doing about this catastrophe?  Nothing.  It raised the cost of EVERYTHING.  They are doing absolutely NOTHING.  Trial Lawyers are making too much money.  They could care less.

Take a look at all the Prop 65 warnings in the photos before.  They are on EVERYTHING, and they are EVERYWHERE.

In California, the Safe Drinking Water and Toxic Enforcement Act of 1986, known as Proposition 65, established strict standards for over 800 chemicals, compounds and metals, som 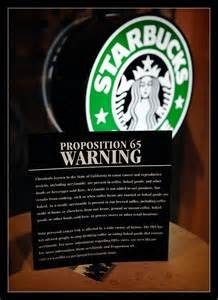 e of which are found in certain consumer products and foods, including our own. Through diligent testing, we have determined that certain of our products contain lead or cadmium. California’s Proposition 65 therefore requires that these products be labeled to indicate the presence of these heavy metals, which are known to cause cancer or reproductive harm. Currently, the U.S. Food and Drug Administration (FDA) and U.S. Department of Agriculture (USDA) offer very little in the way of standards for 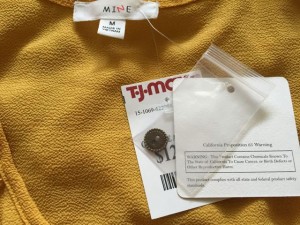 heavy metals in foods, other than specific products such as mercury in tuna, for example. The European Union (EU) similarly does not set hard limits except for certain categories of foods and specific chemicals.

Cal Prop 65 is California’s Safe Drinking Water and Toxic Enforcement Act of 1986. Companies are required to place a warning label on any product they sell within California if it exceeds the level, that the State has established as risk free for a list of over eight hundred chemicals. These standards are specific to the state of California only. The standard in California is more stringent than what is required at the U.S. federal level, and by other governments including Canada and the European Union.

Under Cal Prop 65, the State of California has determined a safety zone for these chemicals. This was calculated by identifying the level of exposure that has been shown to have no observable effect and then dividing that level by 1,000, to provide a very large margin of safety. This margin has been 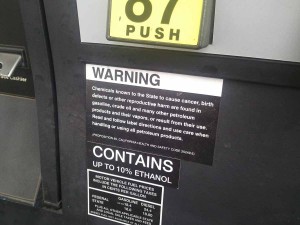 proven in various cases to be calculated so low, that it has conflicted when the minerals are occurring naturally in the soil. California is the only state that requires warning labels at this low of a level.

We believe that the presence of these chemicals, at the extremely low concentrations at which they can be found, are the result of natural processes and the natural propensity of plants to bind to these elements. We recognize that we live on a volcanic planet, and that fact, coupled with human activity, has contributed to the dispersion of many substances into the environment. In particular, heavy metals such as lead, cadmium, inorganic arsenic, and other substances that are commonly found in foods are of concern to everyone. Certain foods grown in conditions 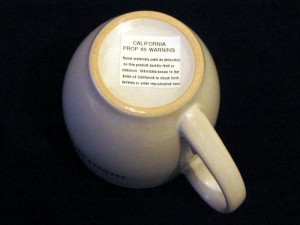 where such chemicals are found, either by natural or man-made causes, have a propensity to take up these chemicals during growth, and can sometimes be concentrated by processing. We do not add chemicals to our products, but our products are nevertheless thoroughly tested for the presence of various chemicals and heavy metals to ensure they are safe for customers and comply with organic standards as well applicable local, state, national and international regulations. We understand that there is a lot of information circulating that could be alarming to consumers when expressed without context or established standards. We can all agree that nobody wants heavy metals in food. But it is, for better or worse, a part of the natural world. We believe our products are safe. To put it simply, we would not sell anything that we would not eat.  http://watershed.net/Prop%2065%20Statement.html

Bob McCauley, ND (Robert F., Jr.) was raised in Lansing, Michigan and attended Michigan State University (BA, 1980 in Journalism). He is a naturopathic doctor, Master Herbalist and a Certified Nutritional Consultant. He has traveled extensively, both domestically and abroad, visiting over 32 countries. He published Confessions of a Body Builder: Rejuvenating the Body with Spirulina, Chlorella, Raw Foods and Ionized Water (2000), Achieving Great Health (2005), The Miraculous Properties of Ionized Water, (2006) which is the only book on the market that exclusively addresses Ionized Water, Twelve (Fiction, 2007) and Honoring the Temple of God (2008). He considers himself a Naturalist, meaning he pursues health in the most natural way possible. He studies and promotes nature as the only way to true health. From 2002-2004 he hosted the radio program Achieving Great Health, which was heard by thousands of people each day. His guests included some of the most well-known and respected names in the natural health world. With the help of his father, Dr. Robert F. McCauley, Sr. (Doctorate in Environmental Engineering, MIT, 1953) they started Spartan Water Company in 1992, which sold vended water machines in supermarkets. Robert Jr. founded Spartan Enterprises, Inc. in 1993. He is a Certified Water Technician with the State of Michigan. He is also a Type II Public Water Supply Specialist and has the certifications of S-5 and D-5. The McCauley family has a long history in the water industry. Bob's father pioneered environmental issues regarding ground water and drinking water quality. He received his Ph.D. from the Massachusetts Institute of Technology (MIT) in 1953 for his thesis on removing radioactive strontium from water. He earned his doctorate in Environmental Engineering in less than 2 years, one of the shortest doctoral studies in the history of MIT. He taught civil, sanitary and environmental engineering at Michigan State University for 18 years before retiring to run Wolverine Engineers & Surveyors of Mason, Michigan, for 17 years. His reputation throughout Michigan as a water quality expert was legendary. Bob worked for his father's company for 12 years learning the water business, which dealt primarily with municipalities, including water quality and sanitary sewer issues. After apprenticing with his father, Bob moved on to the bottled water business. He established greater Michigan's biggest selling bottled water: Michigan Mineral – Premium Natural Water. He was introduced to Ionized Water in 1995 and has done more to promote Ionized Water than anyone else in the industry. Bob often lectures and offers seminars on his Seven Component Natural Health Protocol . Bob is a Certified Nutritional Consultant and a Certified Master Herbalist. He is also a 3rd Degree Black Belt and Certified Instructor of Songahm Taekwondo (American Taekwondo Association).
View all posts by Bob McCauley →
This entry was posted in General and tagged prop 65. Bookmark the permalink.