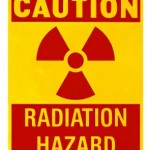 With the recent problems in Japan concerning the nuclear power reactors and radiation leakage I would like to offer the following natural modalities for removing radiation from the body once it has been exposed to it.

First we need to be aware that the act of riding in a commercial airliner at 25,000+ ft exposes us to large amounts of radiation. The higher you are the greater the exposure. Sailors working on aircraft carriers have been exposed to high amounts of radiation from the microwave equipment they work around.

If the ozone layer and upper ionosphere were to diminish significantly the Earth would be exposed to large amounts of radiation.

If we are exposed to radiation I recommend the following foods and health products to combat the potentially harmful damage that radiation poses to us:

1. Chlorella. The fiber in chlorella binds with heavy metal, synthetic toxins and radiation and effectively pulls them from the body.  Be sure that the Chlorella you purchase comes from Taiwan since Japan Chlorella has the potential for radiation contamination.  I do not recommend Chlorella from China.  Radiation is constantly measured in Taiwan – updated every 5 minutes.   The Chlorella we sell has been tested and is radiation free.

2. KELP. Effectively pulls heavy metals, and radiation from the body. The high amounts of iodine in kelp also help protect the thyroid from radiation damage.

Spirulina was used after to treat the victims of the Chernobyl nuclear accident in the 1990’s.  Here are the studies of the results of the Spirulina treatment:

Belookaya, T. Corres. from Chairman of Byelorussian Committee “Children of Chernobyl” May 31, 1991.

Zozulia IS, Iurchenko AV. The adaptive potentials of those who worked in the cleanup of the aftermath of the accident at the Chernobyl Atomic Electric Power Station under the influence of different treatment methods. Lik Sprava. 2000 Apr-Jun;(3-4):18-21.

Sokolovskiy, V. Corres. from the First Secretary BSSR Mission to the United Nations, May 20, 1991.

4. FIR Sauna. The far infrared sauna warms the body from within and quite effectively causes us to sweat out heavy metals, synthetic toxins and radiation from the body.

6. Shiljit (Himalayan clay). Ancient primordial matter than has been crushed for millennia by the pressure of the tectonic plates pressing up against one another. it is excellent for binding with toxins of all kinds, including radiation, and removing it from the body.

7. Liquid Carbon. Carbon has amazingly absorbent qualities. When consumed it is excellent for ridding the body with toxins such as heavy metals, synthetic toxins and especially radiation.

8. Redmond Clay and zeolite. Both these materials are effective at absorbing and removing radiation from the body. Most clays that are approved for consumption help bind with radiation and remove it from the body.

9. Angstrom Iodine. Iodine protects the thyroid, as discussed above.  Angstrom refers to the size of the minerals that are present.  At the angstrom level, we are dealing with individual atoms.  By taking the liquid into the mouth the minerals will absorbed directly into the body through the sublingual gland into the bloodstream.   Take one capful of liquid Angstrom Minerals and hold them under your tongue for 2-10 minutes then swallow the remainder.  The longer you hold them there, the more they will be absorbed into the bloodstream and therefore the body.

Bob McCauley, ND (Robert F., Jr.) was raised in Lansing, Michigan and attended Michigan State University (BA, 1980 in Journalism). He is a naturopathic doctor, Master Herbalist and a Certified Nutritional Consultant. He has traveled extensively, both domestically and abroad, visiting over 32 countries. He published Confessions of a Body Builder: Rejuvenating the Body with Spirulina, Chlorella, Raw Foods and Ionized Water (2000), Achieving Great Health (2005), The Miraculous Properties of Ionized Water, (2006) which is the only book on the market that exclusively addresses Ionized Water, Twelve (Fiction, 2007) and Honoring the Temple of God (2008). He considers himself a Naturalist, meaning he pursues health in the most natural way possible. He studies and promotes nature as the only way to true health. From 2002-2004 he hosted the radio program Achieving Great Health, which was heard by thousands of people each day. His guests included some of the most well-known and respected names in the natural health world. With the help of his father, Dr. Robert F. McCauley, Sr. (Doctorate in Environmental Engineering, MIT, 1953) they started Spartan Water Company in 1992, which sold vended water machines in supermarkets. Robert Jr. founded Spartan Enterprises, Inc. in 1993. He is a Certified Water Technician with the State of Michigan. He is also a Type II Public Water Supply Specialist and has the certifications of S-5 and D-5. The McCauley family has a long history in the water industry. Bob's father pioneered environmental issues regarding ground water and drinking water quality. He received his Ph.D. from the Massachusetts Institute of Technology (MIT) in 1953 for his thesis on removing radioactive strontium from water. He earned his doctorate in Environmental Engineering in less than 2 years, one of the shortest doctoral studies in the history of MIT. He taught civil, sanitary and environmental engineering at Michigan State University for 18 years before retiring to run Wolverine Engineers & Surveyors of Mason, Michigan, for 17 years. His reputation throughout Michigan as a water quality expert was legendary. Bob worked for his father's company for 12 years learning the water business, which dealt primarily with municipalities, including water quality and sanitary sewer issues. After apprenticing with his father, Bob moved on to the bottled water business. He established greater Michigan's biggest selling bottled water: Michigan Mineral – Premium Natural Water. He was introduced to Ionized Water in 1995 and has done more to promote Ionized Water than anyone else in the industry. Bob often lectures and offers seminars on his Seven Component Natural Health Protocol . Bob is a Certified Nutritional Consultant and a Certified Master Herbalist. He is also a 3rd Degree Black Belt and Certified Instructor of Songahm Taekwondo (American Taekwondo Association).
View all posts by Bob McCauley →
This entry was posted in General and tagged chlorella for radiation, chlorella for thyroid, iodine, japanese radiation leak, kelp, modifilan, nuclear power radiation leak, products for radiation exposure, radiation, radiation exposure, radiation from japan, radiation in japan, radiation therapy, spirulina for radiation. Bookmark the permalink.