I take a few herbs each and every day, and one of them is Ashwagandha (Withania somnifera) – better known as Indian Ginseng.  I know of no other herb capable of giving you the kind of endurance energy that Ashwagandha delivers.

Ashwagandha is the most popular herb in India. It is often called “Indian Ginseng.”   Pictured left is a 2000 yr old manuscript describing Ashwagandha and it’s incredible health benefits.  Ashwagandha is thought to have been used in India for more than 5000 years. production.  It has a positive effect on sexual health by increasing fertility and sperm count. It is used as an aphrodisiac.

Ashwagandha is a plant. The root and berry are used to make what Indians call medicine or more actually medicinal herb.

Ashwagandha is also used as an “adaptogen” to help the body cope with daily stress, and as a general tonic.

Ashwagandha improves cognitive ability.  It decreasing pain and swelling (inflammation), and preventing the effects of aging. It is also used for fertility problems in men and women and also to increase sexual desire.

Ashwagandha is often applied to the skin for treating wounds. It can be used on open wounds in the form of a poultice.  It has anti-fungal and antibacterial properties which help to defend against infection.

We offer Chlorella/Ashwagandha Tablets, which make it easy to take Ashwagandha since it has a bitter taste.  Also the protein the chlorella helps the body to absorb the nutrients found in Ashwagandha more easily. Caution
Don’t confuse Ashwagandha with Physalis alkekengi since both are known as winter cherry.

Scholars at Banaras Hindu University, India, have conducted research that has shown that many of the elements of Ashwagandhaare antioxidants. The researchers looked at the effects these elements have on the brains of test animals and found that Ashwagandha led to larger amounts of three different natural antioxidants: superoxide dismutase, catalase and glutathione peroxidase. The scholars conclude, “These findings are consistent with the therapeutic use of W. somnifera as an health promoter. The antioxidant effect of active principles of W. somnifera may explain, at least in part, the reported anti-stress, cognition-facilitating, anti-inflammatory and anti-aging effects produced by them in experimental animals, and in clinical situations.”   For years, Indians have prescribed Ashwagandha as a treatment for cerebral problems in the elderly, including memory loss. 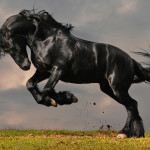 ashva, meaning horse, and gandha, meaning smell. The root has a strong aroma that is described as “horse-like.”

Here is my video on Ashwagandha.