Chlorella is the great grandfather of all plant life on Earth.  Chlorella, the first plant to possess chlorophyll, appeared approximately 4 billion years ago.  Fermented, tank-grown Chlorella, on the other hand, has been around since 2007, maybe a little earlier if you count the time it took to research and figure out how to artificially force Chlorella to produce chlorophyll. Some pronounce the invention of fermented Chlorella to be a “great breakthrough” and an “improvement”, but I am not one of them.  If I thought so I would be importing it by the ton and selling it.  However, I prefer to sell what I believe to be the best sunlight cultivated Chlorella on the planet, which is grown in Taiwan. 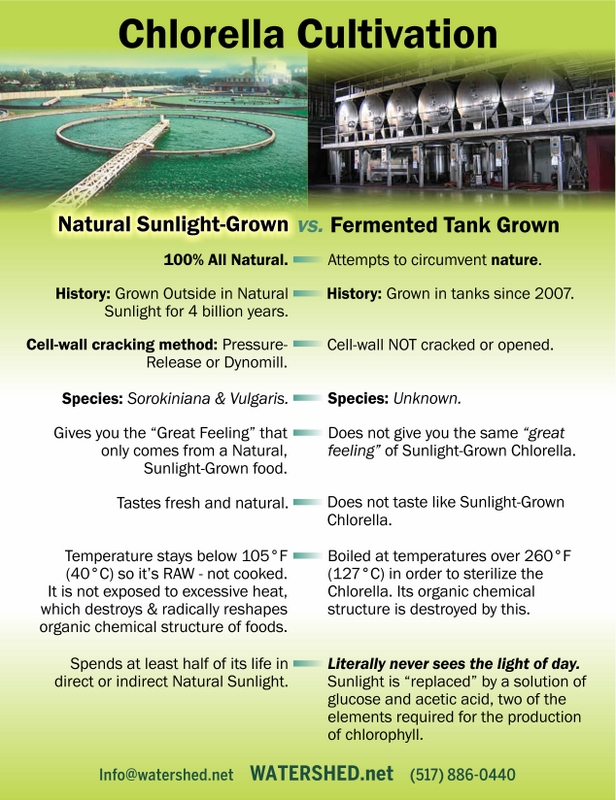 Growing Method of Fermented Chlorella
Chlorella grown using the Heterotrophic Tank Cultivation method is cultivated inside a sealed, sterilized tank.  The Chlorella literally never sees the light of day.  Sunlight is “replaced by” a solution of glucose and acetic acid, two elements Chlorella requires for the production of chlorophyll.  Sorry, but there simply is no “replacing natural sunlight” in my opinion. You can suggest that acetic acid and glucose combined are capable of replacing the God-made photons of sunlight and all the nutrients and life it brings to 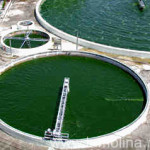 plants, but it simply is not true.  Fermented Chlorella is yet another attempt by Man to overcome, if not outdo, the natural mechanisms and products of God’s creation.  Good luck with that one.  Thomas Edison, an atheist, stated “Until man duplicates a blade of grass, nature can laugh at his so-called scientific knowledge”.  At least he understood the depth, ingenuity and brilliance needed to create one blade of grass, let alone a single-celled plant called Chlorella which is far more complex.  Of course all the wonders of Earth’s plant world pales in comparison to the mind-numbing complexity of the human body.

Fermentation is a cheap way to produce Chlorella.  What if we started fermenting broccoli, asparagus, or avocados instead of growing them in sunlight as we have always done?  Would we consider those “improved”, more nutritious, better tasting, the next “breakthrough”?   I think not.

Cracked Cell
The Chlorella cell has a hard outer shell of dietary fiber that is well known for removing radiation and heavy metals from the body.  In order to get at the nutrients this tough shell of fiber must be cracked.  There are two methods of doing this, Pressure-Release and Dynomill.  Both methods are viable although Pressure-Release is quicker and more efficient.  However, tank-grown fermented Chlorella producers do not open the cell wall using either of these methods because the cell wall of the Chlorella is so thin.  This accounts for the lower amount of dietary fiber in tank-grown fermented chlorella, which is only 13% compared to 20% fiber of sunlight grown Chlorella.

Which Species?
There are two species of Sunlight Chlorella currently grown Chlorella sorokiniana (formally pyrenoidosa) and Chlorella vulgaris.  It is not clear which species tank-grown fermented Chlorella is.  I have inquired with a few of the producers and none have been forthcoming about which species they sell.

Taste and Feel
I am not suggesting that there is anything harmful in fermented, tank-grown Chlorella or that one should not consume it.  However, it is vastly inferior to that of 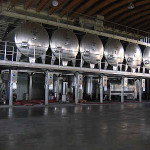 sunlight grown Chlorella in my opinion.  There have been claims that fermented Chlorella which is grown in complete darkness is more nutritious and has higher amounts of protein and chlorophyll.  I have not found this to be the case in the nutritional analyses I have compared between sunlight grown and fermented, tank-grown Chlorella.

However, it is not strictly about comparing nutritional content between these two Chlorella products that are grown incompletely different environments.  True their nutritional profiles are pretty close to one another, but there are other important differences that go beyond mere testing.

Recommendations
Personally, I would only eat fermented Chlorella in an emergency situation, as I would any other survival food if crisis circumstances were to arise.   I am a raw foodist, and have been since 1999.  However, I would eat cooked food – even processed food – to survive in an extreme emergency.  They would be my last resort, as would fermented, tank-produced Chlorella.

Fermented Chlorella certainly is not a Genetically Modified Food (GMO), but it moves in that direction because it gravitates away from the Natural – that which God created – toward something more like that of an artificial, man-made processed food.

Other Chlorella Sources
Japanese Chlorella has, unfortunately, become a victim of the perception that it may contain radiation from the massive Fukushima disaster that occurred in 2011 and continues today.  Whether the notion of it being contaminated by radiation is true I do not know since a Radiation Test Certificate has not been released to the public from any of the Japanese Chlorella producers.  However,we do provide Radiation Test Certificates and live updates of radiation levels in Taiwan in order to demonstrate beyond any doubt that our Chlorella and Spirulina from Taiwan is radiation free.  I am quite concerned about radioactive contamination from Fukushima showing up in Hawaii and on the West Coast of the US.  We started a website dedicated to Awareness and Protection from Radiation.

Chlorella grown in Korea – as of 2014 – is strictly of the fermented, tank-grown variety.

Some Chinese Chlorella has problems that stem from environmental contamination – particularly heavy metals – due to the high levels of industrial pollution that China is notorious for.  China has a terrible reputation in the world’s food industry.  When I attend ingredient expos I find little interest in Chlorella or Spirulina sourced from China due to its dismal reputation.

Some Chinese Chlorella also has persistent issues with the consistency of its products from batch to batch, year to year, decade to decade.  The samples that producers first provide you with are often quite different from the product you eventually receive from them. have imported Chlorella from Taiwan for 18 years (since 1996) and the powder and tablets have always had the same consistent taste, color and appearance with every batch I have imported.  This is what sets Chlorella grown in Taiwan apart from any other Chlorella in the world.

Bob McCauley, ND (Robert F., Jr.) was raised in Lansing, Michigan and attended Michigan State University (BA, 1980 in Journalism). He is a naturopathic doctor, Master Herbalist and a Certified Nutritional Consultant. He has traveled extensively, both domestically and abroad, visiting over 32 countries. He published Confessions of a Body Builder: Rejuvenating the Body with Spirulina, Chlorella, Raw Foods and Ionized Water (2000), Achieving Great Health (2005), The Miraculous Properties of Ionized Water, (2006) which is the only book on the market that exclusively addresses Ionized Water, Twelve (Fiction, 2007) and Honoring the Temple of God (2008). He considers himself a Naturalist, meaning he pursues health in the most natural way possible. He studies and promotes nature as the only way to true health. From 2002-2004 he hosted the radio program Achieving Great Health, which was heard by thousands of people each day. His guests included some of the most well-known and respected names in the natural health world. With the help of his father, Dr. Robert F. McCauley, Sr. (Doctorate in Environmental Engineering, MIT, 1953) they started Spartan Water Company in 1992, which sold vended water machines in supermarkets. Robert Jr. founded Spartan Enterprises, Inc. in 1993. He is a Certified Water Technician with the State of Michigan. He is also a Type II Public Water Supply Specialist and has the certifications of S-5 and D-5. The McCauley family has a long history in the water industry. Bob's father pioneered environmental issues regarding ground water and drinking water quality. He received his Ph.D. from the Massachusetts Institute of Technology (MIT) in 1953 for his thesis on removing radioactive strontium from water. He earned his doctorate in Environmental Engineering in less than 2 years, one of the shortest doctoral studies in the history of MIT. He taught civil, sanitary and environmental engineering at Michigan State University for 18 years before retiring to run Wolverine Engineers & Surveyors of Mason, Michigan, for 17 years. His reputation throughout Michigan as a water quality expert was legendary. Bob worked for his father's company for 12 years learning the water business, which dealt primarily with municipalities, including water quality and sanitary sewer issues. After apprenticing with his father, Bob moved on to the bottled water business. He established greater Michigan's biggest selling bottled water: Michigan Mineral – Premium Natural Water. He was introduced to Ionized Water in 1995 and has done more to promote Ionized Water than anyone else in the industry. Bob often lectures and offers seminars on his Seven Component Natural Health Protocol . Bob is a Certified Nutritional Consultant and a Certified Master Herbalist. He is also a 3rd Degree Black Belt and Certified Instructor of Songahm Taekwondo (American Taekwondo Association).
View all posts by Bob McCauley →
This entry was posted in General and tagged fermented chlorella, fermented spirulina, glucose and acetic acid, Korean chlorella, tank grown chlorella. Bookmark the permalink.