Food Network: “We Teach You How To Make Crap”

I’m sure Guy Fieri is a nice person. But the food he says tastes sooooo great as probably do 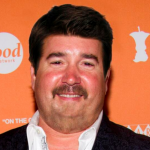 many people is garbage – junk that doesn’t lead to health, perhaps even makes people sick. I love tasty foods as much as the next person, but to me health is far more important than eating what I like the taste.  Photo on the right shows what he looks like before the hair dye job, cute earring and goatee. 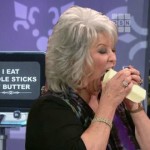 Guy Fieri has successfully replaced Paula Deen (with a stick of butter in her mouth) as the Food Network’s Lord of Garbage Food That Tastes Good. Raychel Ray a close second. Will the food network ever offer a show dedicated to making healthy food? So far they batting zero. Besides it would demonstrate that the rest of their cooking shows promote poor health. 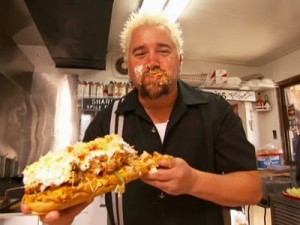 and “Rachel vs. Guy: Celebrity Cook-Off.”

BTW, this article about Guy Fieri is on the money.