To cook or not to cook your food.  To be healthy or not to be healthy.  We have heard for years that cooking your food “releases the nutrients”.  I am quite skeptical of this claim and always have been.  A recent article  reported that  Tomatoes, Carrots and Spinach have little or no nutrition unless you cook them. 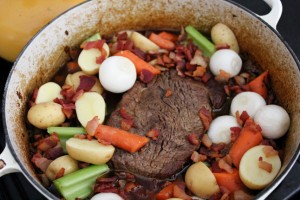 Let’s accept the premise that this is true and that certain foods must be cooked in order to make their nutrients bioavailable. Even if it were true, the destruction of the food’s overall nutritional benefit due exposing it to high temperatures is not worth the marginal gain of certain nutrients being in greater abundance or more bioavailable. The reason you want to eat food that has not been cooked, a raw food, is that you want to consume a food that has enzymes and electrons, both of which the body is starved for. Enzymes begin to break down when exposed to heat, 104F, and are  completely destroyed by 118F. Electrons are far more unstable and fleeting, which makes it even more imperative that you consume foods as fresh as you can possibly get them.

Foods that have enzymes and electrons are full of energy which makes them easily digested and their nutrients easily absorbed by the body.  Heating anything denatures the element that is

being heated.  Cooked foods are literally and figuratively dead since they don’t have any enzymes and therefore no energy. This makes them quite difficult for the body to assimilate. Therefore, by cooking any food you dramatically reduce the absorbability of that food since it has no energy that facilitates easier absorption. In other words, the body has  a much more difficult time absorbing the nutrients from a dead food with no energy than a raw food that is full of enzymes and electrons.

Heat is a chemical reagent. It affects a substance without being affected itself. When applied to a raw food it scrambles the organic chemical structure of that food.

Tomatoes
A landmark study published in 2002 in the Journal of 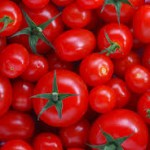 Agricultural and Food Chemistry first showed that a powerful antioxidant called lycopene is released from tomatoes when they’re cooked. The study found that heating tomatoes at 190.4 degrees for 30 minutes boosted levels of absorbable lycopene by 35 percent.  When to Cook Your Foods

The article refers to studies published in the Journal of Agricultural and Food Chemistry – Thermal Processing Enhances the Nutritional Value of Tomatoes by Increasing Total Antioxidant Activity is one study. The other studies referred to in the article do not reference which studies those are. What the study does is measured the amount of degradation over particular nutrients in food such as vitamin C and lycopene, which they measured chemically in a lab.  What cannot be determined is actually how much of that cooked nutrient will or will not be absorbed by the body.

My contention is that the energy in a raw food increases the bioavailability of that nutrient, and it is that energy that is missing from any food that has been cooked and/or processed.

There is a study in the Journal of Agricultural and Food Chemistry regarding carcinogenic acrylamide’s being formed in cooked foods. Analysis of Acrylamide, a Carcinogen Formed in Heated Foodstuffs.  There are plenty of studies that demonstrate without damaging he is to foods.  Regarding health, it is always the actual experience that proves or disproves something actually works, and not some theoretical paper.

Carrots
A study in the Journal of Agricultural and Food Chemistry

found that cooking carrots increased the amount of beta carotene, a compound that is part of the carotenoid family. When to Cook Your Foods

There has never been a study that has measured the actual amount of any nutrient such as a carotenoid, lycopene, vitamin, antioxidant pigments and xanthins that are actually absorbed and utilized as antioxidants by the body because it is virtually impossible to measure such a thing.

Spinach
This green leafy vegetable is packed with calcium and iron, which are more bioavailable when 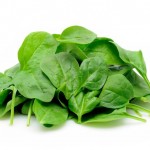 cooked. Spinach contains oxalic acid, which blocks the absorption of these important nutrients.  The good news: Oxalic acid breaks down at high temperatures, so you can reap the benefits of calcium and iron. When to Cook Your Foods

Oxalic acid is found in many foods such as spinach although it is much higher in rhubarb leaves. Foods with oxalic acid should not be consumed in

Mushrooms
If you check out the numbers on the USDA’s Nutrient Database,

cooked mushrooms have higher amounts of niacin, potassium and zinc compared with the same weight of fresh mushrooms.  When to Cook Your Foods 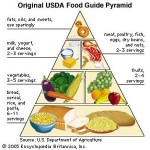 I am sorry, but I do not consider the USDA to be an authority on anything regarding nutrition. This claim is not even accompanied with any kind of study, vague or otherwise. It’s just a claim made by the USDA nutrient database and who 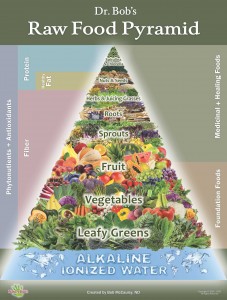 A Word of Advice …
Don’t start cooking all your veggies just yet. Studies also have found that cooking decreases other nutrients, especially vitamin C. To get all the nutritional goodness that veggies have to offer, your best bet is to eat a combination of cooked and fresh.  When to Cook Your Foods 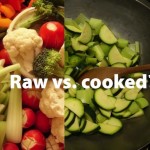 Here is my word of Advice: The healthiest diet, as I am myself a testament, is a diet exclusively comprised of raw foods. If you do not include at least some raw fruits and vegetables in your diet then health is something you are never going to obtain.

Bob McCauley, ND (Robert F., Jr.) was raised in Lansing, Michigan and attended Michigan State University (BA, 1980 in Journalism). He is a naturopathic doctor, Master Herbalist and a Certified Nutritional Consultant. He has traveled extensively, both domestically and abroad, visiting over 32 countries. He published Confessions of a Body Builder: Rejuvenating the Body with Spirulina, Chlorella, Raw Foods and Ionized Water (2000), Achieving Great Health (2005), The Miraculous Properties of Ionized Water, (2006) which is the only book on the market that exclusively addresses Ionized Water, Twelve (Fiction, 2007) and Honoring the Temple of God (2008). He considers himself a Naturalist, meaning he pursues health in the most natural way possible. He studies and promotes nature as the only way to true health. From 2002-2004 he hosted the radio program Achieving Great Health, which was heard by thousands of people each day. His guests included some of the most well-known and respected names in the natural health world. With the help of his father, Dr. Robert F. McCauley, Sr. (Doctorate in Environmental Engineering, MIT, 1953) they started Spartan Water Company in 1992, which sold vended water machines in supermarkets. Robert Jr. founded Spartan Enterprises, Inc. in 1993. He is a Certified Water Technician with the State of Michigan. He is also a Type II Public Water Supply Specialist and has the certifications of S-5 and D-5. The McCauley family has a long history in the water industry. Bob's father pioneered environmental issues regarding ground water and drinking water quality. He received his Ph.D. from the Massachusetts Institute of Technology (MIT) in 1953 for his thesis on removing radioactive strontium from water. He earned his doctorate in Environmental Engineering in less than 2 years, one of the shortest doctoral studies in the history of MIT. He taught civil, sanitary and environmental engineering at Michigan State University for 18 years before retiring to run Wolverine Engineers & Surveyors of Mason, Michigan, for 17 years. His reputation throughout Michigan as a water quality expert was legendary. Bob worked for his father's company for 12 years learning the water business, which dealt primarily with municipalities, including water quality and sanitary sewer issues. After apprenticing with his father, Bob moved on to the bottled water business. He established greater Michigan's biggest selling bottled water: Michigan Mineral – Premium Natural Water. He was introduced to Ionized Water in 1995 and has done more to promote Ionized Water than anyone else in the industry. Bob often lectures and offers seminars on his Seven Component Natural Health Protocol . Bob is a Certified Nutritional Consultant and a Certified Master Herbalist. He is also a 3rd Degree Black Belt and Certified Instructor of Songahm Taekwondo (American Taekwondo Association).
View all posts by Bob McCauley →
This entry was posted in General and tagged cooked foods, cooking releases nutrients, electrons, enzymes, food guide pyramid, nutrient absorption, oxalic acid, Raw Food Pyramid, raw foods. Bookmark the permalink.